In the last few weeks a new business award in the UK emerged, it’s all about achieving best results in the following categories: 1) Inhuman barbarian, 2) Vulgar braggart, and 3) Narcissistic fool. The competition continues, and there may be more categories to compete in as the contest opens up.  One of the biggest media news has been about BHS going bust, and I’m sure many of the people involved will win an award or two.p

BHS is a British department store chain with 11,000 employees, and the brand stands for next to nothing. Their high street competitors have a much clearer brand message. The only time I ever entered a BHS store was when it was heavy rain, and I was desperate to buy an umbrella.

In the last week, I answered a question about if you can be addicted to social media in my Q&A, which I think you can. A friend then sent me a video about how our brain is pushing us to make certain decisions, and how an addicted brain is totally out of control.

It made me reflect on leadership and the leadership team who managed to ruin BHS. Where they actually having addiction problems? Hm…. where to start?

They were addicted to: 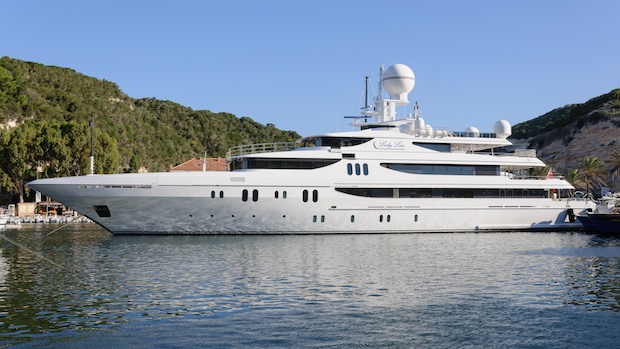 It was not only Philip Green (previous owner) and Dominic Chappell (the owner who screwed up even more), who messed up the BHS, but also lawyers, solicitors and accountants, and a bunch of other consultants. None of them mentioned that the way they were running the business was unethical or wrong. You can’t milk a business of all its money without your accountant noticing that money is transferred in and out in suspicious ways.

Many of the people in these groups were addicted to not speaking up. ‘Why would I do that, then I may lose out of my next bonus?’

In the case of BHS, thousands are risking losing their jobs. Plus that BHS has done some fishy business with the pension funds, so the employees will lose out of that if the government is not stepping in shipping money into BHS’s empty bank accounts.

Did the owners and leadership team get this dysfunctional because of addiction to prestige and super yachts? None of them consciously thought about that all employees will have to deal with a dark future.

You can’t spend your time looking at your fat ego in the mirror admiring your self-reflection. No, you need to move your bum out of the office and show professionalism and behave like a decent human being. You need to inspire and motivate others.

None of them consciously thought about that all employees will have to deal with a dark future.

Depleting the bank accounts is not leadership in 2016, and by doing this, you are all officially nominated for the new prestigious business award. Let’s see who will do best in the categories:

Thank you for reading. If you think your network would like to read the article please share it.

And sign up to my Digital Leadership Inspiration newsletter here.