I recently attended FT Innovate 2015 in London.
The two day chat-a-thon was aimed at exploring whether it’s better to be a ‘big’ or ‘small’ company when trying to innovate. I was tweeting like mad during the event, but there were a few gems that I’ve pulled out here to share.

On killers:
“Conventional wisdom is one of the biggest killers of innovation”
–Corinne Vigreux, Co-Founder & MD, TomTom 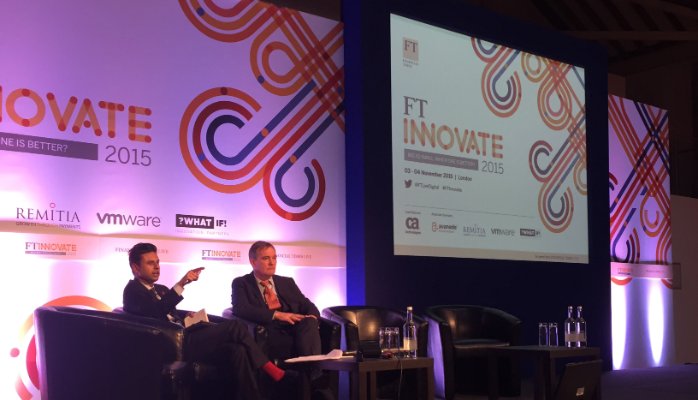 On scale:
“Eventually you need an army to win the war”
–Giuseppe Zocco, Co-founder, Index Ventures

On spirit:
“Epsom is a global company with an adventurous spirit at its core”
–Minoru Usul, President, Seiko Epson

On ambition:
“If you’re a startup you need to do something significantly epic”
–Phil Libin, Chief Exec, Evernote

On hiring:
“Are they smart & do they get sh*t done”
–Melissa Morris, CEO, Network Locum

On enablement:
“Mission & goals are not enough, you also need the tools”
–Andy Page, President, 23andMe

On disruption:
“We live in a Liquid World”
–Brian Gammage, CMT, VMware

So, which is better for innovation – being a big or small company?
It simply does not matter about being ‘big’ or ‘small’ when it comes to innovation. Essentially, it’s about Leadership & Enablement.

Leadership provides the driving force where tenacious individuals carry the team through the tough times and uncertainty, while at the same time the team need the tools to get the job done. Whether the tools are money, talent, software, process or support – the tools alone are no good without leadership.